The United States is one of the most visited countries among tourists, with more than 80 million travelers from around the world visiting every year. The country is chock-full of interesting attractions, natural wonders and big city life and it would take years to see them all.

Most travelers typically tend to stick to tried and true tourist attractions like Times Square in New York City, the Golden Gate Bridge in San Francisco and the Las Vegas Strip in Nevada.

However, there are so many other tourist spots that deserve a visit as well!

When planning your second visit to the United States, make sure to add these destinations to your itinerary and check here for helpful information regarding the EVUS program. 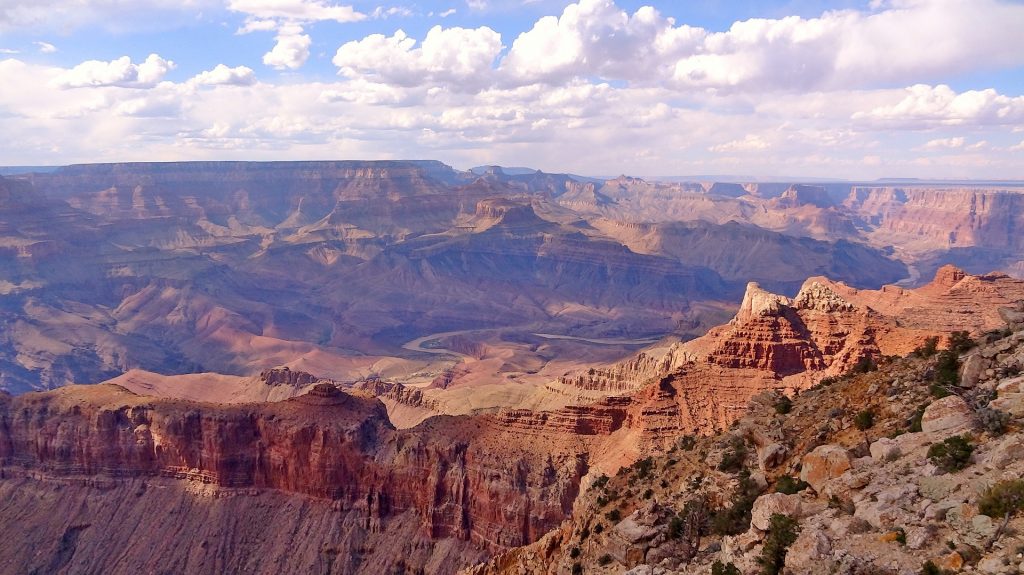 The Grand Canyon is one of the most picturesque places in the United States — and perhaps even the world!

Located in the state of Arizona, this national park is visited by nearly 6 million travelers a year, with about 40% of guests coming from outside the United States.

The Grand Canyon is famous for its natural beauty, panoramic viewpoints, and cultural significance, so it’s no wonder why it rightfully earned a spot on UNESCO’s World Heritage List.

The flora and fauna in the canyon changes depending on the elevation, while at the bottom there is the mythical Colorado River. During the summer, be sure to enjoy kayaking, rafting, fishing, or even water skiing on the river. Travelers who love nature and the great outdoors should be sure to add the Grand Canyon to their itinerary.

Route 66 is rightfully considered the main road of the entire United States and the mother of all other roads. In fact, the route is even nicknamed the Mother Road thanks to a mention in John Steinbeck’s novel The Grapes of Wrath.

The route spans a length of 3,665 km (2,450 mi) and connects Los Angeles (California) on the west coast to Chicago (Illinois) in the northeast. Along the way, travelers pass through major cities like Albuquerque, Oklahoma City, Springfield, and St. Louis across eight US states, as well as tourist attractions like the Grand Canyon and Mississippi River.

To truly get into the spirit of Route 66, be sure to rent a retro car and stop by local mom-and-pop restaurants to order a classic peach cobbler, Americana style!

Located on Fifth Avenue in New York, the Museum Mile is, like the name states, a long area where many museums are located next to each other. Those who enjoy culture and museum hopping should definitely block off a day or two to explore the places along the Museum Mile!

The museums here are based on a variety of different topics and interests, including the Museum of the National Academy, El Museo del Barrio (on Latino culture), National Museum of Design, Museum of African Art, Solomon R. Guggenheim Museum (20th century art), and many others. 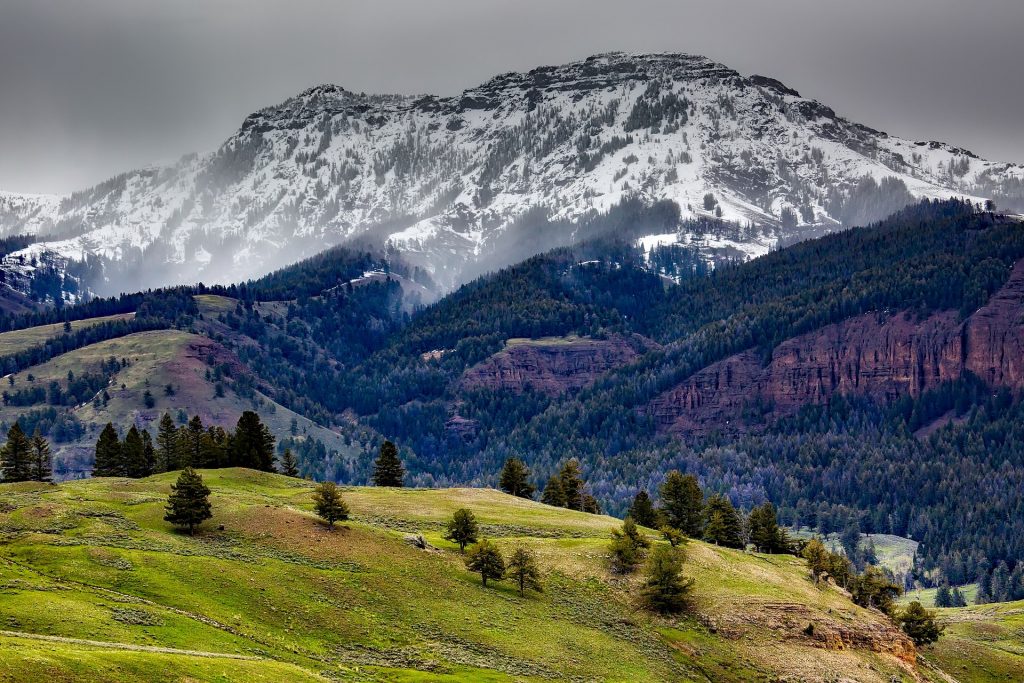 Yellowstone is striking in its size (it covers more than 2.2 million acres!) and is located on the territory of the three states: Montana, Idaho, and Wyoming. Here, guests are treated to jaw-dropping landscapes, huge mountains, caves, waterfalls, and rivers.

As a bonus, there are nine museums located around the territory of the national park, like the Buffalo Bill Center of the West, the Idaho Potato Museum, and the Museum of the National Park Ranger.

Mendenhall Glacier, in the state of Alaska, is an incredible natural attraction that gives travelers the unique opportunity to walk inside an ice cave! Walking through the labyrinths of the glacier, visitors can see a unique phenomenon where refracting light breaks through the ice and scatters around, creating an incredibly beautiful scene.

Every year the glacier melts and shrinks, which means visiting this place can be a truly rare opportunity to see the glacier before it disappears completely. 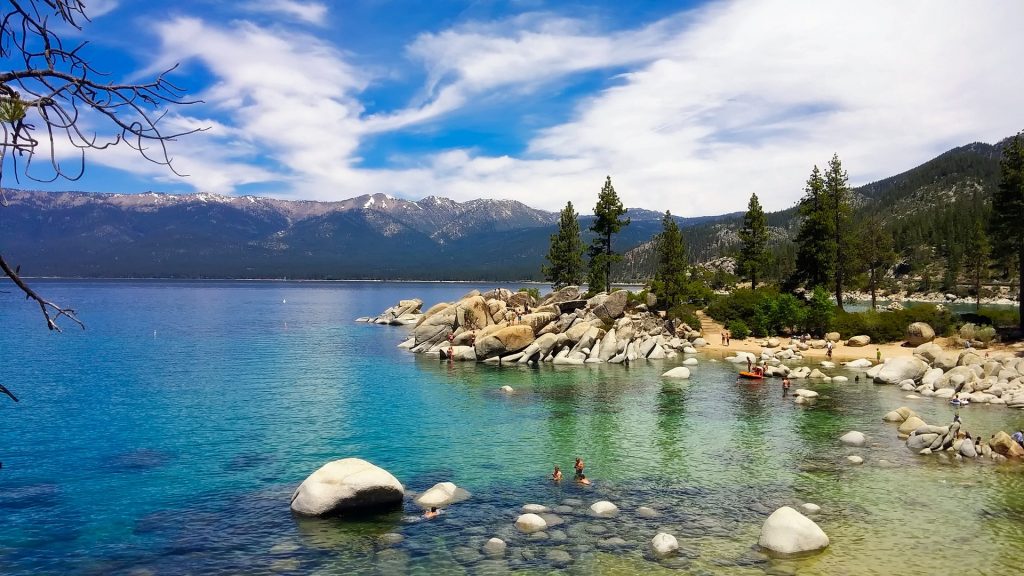 Lake Tahoe is the most famous freshwater lake in the United States, having formed between 2 and 3 million years ago. It is located about 320 kilometers northeast of San Francisco and is a very popular holiday getaway for many locals and second-time visitors.

The location has a very developed infrastructure, including intercity transportation, hotels, cabins, restaurants, gas stations, and much more.

Lake Tahoe receives tourists all year round. During the summer, travelers can swim in the lake, chill out on the beaches, or go hiking, and in the winter, the area is frequented by skiers and snowboarders looking to slide down the Olympic-worthy slopes.

Although most people have some familiarity of Mount Rushmore, only a few have visited on their first trip to the United States — making it a perfect destination for returning visitors!

The mountain is notable for the fact that it is carved with portraits of four of the most famous US presidents: Thomas Jefferson, George Washington, Abraham Lincoln, and Theodore Roosevelt. The carved portraits are striking in their size, with the average height of each bas-relief coming in at around 18.6 meters (60 feet).

The post What to See in the United States if it’s Not Your First Trip appeared first on Wandering Earl.

close
Start typing to see posts you are looking for.
Translate »
FEEL FREE TO CONTACT US